Hundreds of different cultures around the world have stories of a world wide flood that covered the earth leaving only one family as the survivors who were kept safe in some kind of boat. 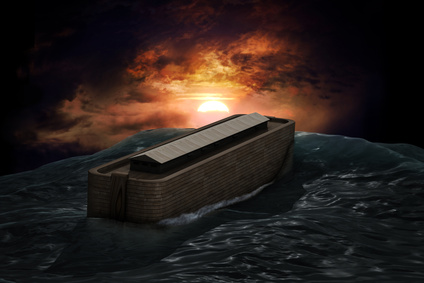 95% of these stories or traditions describe a world wide deluge that covered the whole earth.

88% speak of a surviving family who started the world population all over again.

66% tell us that the family knew before the flood, that there was going to be a flood.

66% give the reason for the flood as being the wicked and sinful nature of mankind.

70% say that the surviving family and the animals they took with them, were kept alive on some kind of boat.  The Bible calls this boat an Ark.

Over 33% or more of these stories describe how birds were sent out from the boat as a way  of testing to see if there was  dry land.

Since every culture therefore would have descended directly from the flood’s survivors, it is not  surprising that there are so many stories saying the same thing.  The reason is that  every culture which is here today, will have originally come from this one family.  And this one family would have passed down the story of this cataclysmic event from one generation to the next.

The fact that there are so many similarities in these stories is amazing since these stories come from many cultures who lived in isolation to each other.  In other words, they didn't know each other!  The world was not that connected then.  You couldn't text  someone on the other side of the world and get an instant reply.  People didn't have Internet, motorways, planes etc.  So the fact that people scattered all over the world who didn't know each other were telling the same story makes the story that much more believable.

Another reason why these stories must be believed to be true is that these stories have  survived over thousands of years.   Over long periods of time, it is normal for people to exaggerate and make things  up to make a story sound better, or to add in information by guesswork because there were gaps in the story that they didn't understand.  Not so with the flood stories which all  sound like they are describing the SAME EVENT!!!

The fact that a world wide flood happened can also been seen through eviidence scattered all over the earth which archaelogists have dug up.  Archaeologists have found massive graveyards of animal life that can be seen to have been burried in a flood. The fossil remains show that the destruction of thses creatures happened suddenly as in the case of being burried quickly in a flood.  And the minerals which have helped to preserve them, are commonly found in mud and sand.  Floods dump a lot of mud and sand!  There are also many fossil remains of sea creatures have been found on the tops of mountains all over the world!  Hmmm, wonder how they got there!!!

The Christian writings found in the Bible record a detailed account of this world wide flood and name the Father of the surviving family as Noah.  Thus we have, 'Noah's Flood.'

So as a world wide flood most certainly happened (and we've only looked at a small amount of evidence), should we be concerned then that it may happen again?  CLICK HERE to find out.