Will a planet called Nibiru bring about the end of the world on December 21, 2012?  Let's start by looking at where this idea of the world being destroyed by a planet came from.

The stories being told about Nibiru (sometimes called Planet-X) were first spread by a man called Zecharia Sitchin.  Sitchin, who died on October 9, 2010, said that he could understand the ancient writings and drawings of the Sumerian people who lived a long, long time ago.

Sitchin believed that the Sumerian people spoke of a 12th planet in our solar system and in 1976 he wrote a book called The 12th Planet.  Sitchin got his total of twelve (not 8 which is what we actually have) because he says the Sumerians  counted the sun and moon as planets and because Sitchin also included Pluto as a planet.   Plus one more: Nibiru.

But as the Sumerians did not have telescops to know this information about our solar system how did they find out?  Sitchen says it is because they were given this  knowledge by ancient aliens who visited our planet a long time ago.  He also says that these aliens (whom he calls ancient astronauts - or space travellers) created the Sumerian people!

Here's a good question... if these aliens were so smart that they could travel between solar systems and maybe even galaxies, and if they knew about a 12th planet in our solar system, and they shared this information with the Sumerians long ago, then how come they weren't smart enough to know the difference between a sun and a planet!

We actually only have 8 planets in our solar system (the sun and moon of course are not planets so that brings Zecharia Sitchin’s the total of 12 down to 10).  Scientists no longer consider Pluto a planet (which brings the total down to 9).  And, as we will see shortly, Nibiru doesn’t exist  (which brings the total down to 8 ).   So that leaves: Mercury (closest to the sun); Venus; Earth; Mars; Jupiter; Saturn; Uranus and Neptune.

Anyway, Sitchin believed that Nibiru had an orbit around the sun that went way out past Neptune at the edge of our solar system.  He believed that because its elliptical orbit was so large, it only passed near earth every 3,600 years….

An elliptical shape is a bit like an egg, not exactly round.  Sitchen believed that during part of it's eliptical orbit or journey around the sun, Nibiru would go way out past the last planet in our solar system... then, it would pass through the solar system coming close to the earth.

Soooo, where did the idea that Nibiru would arrive on December 21, 2012 come from?

It started when Zecharia Sitchin had originally put forth the idea that Nibiru and an alien race called the Anunnaki would come back to earth sometime this century. 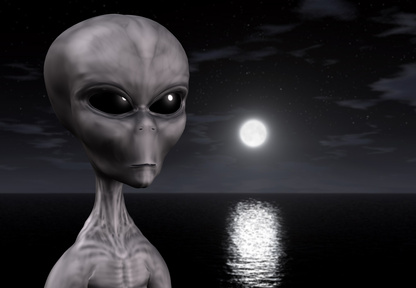 Not long after Sitchin said this, Nancy Lieder (who believed she was getting messages from aliens) said that aliens had warned her that the Earth was in danger from Nibiru’s return around May 2003.  Nothing happened!  The date was then changed to 2012.  It’s wasn’t long after that that some people suggested the Mayan long count calendar ended on December 21, 2012 because the Mayans knew that Nibiru was coming.

[I personally believe that Nancy Lieder was either influenced by, drugs, demons or was mentally ill – she is in good company with Terrance McKenna who predicted in 1992 that the end of the world would come at precisely 6am on December 21, 2012.  How did he know this?  The message, he said, came through the use of hallucinogenic substances (drugs) such as LSD and magic mushrooms!!  He thought that the spores in the mushrooms contained messages left by aliens – yeah right!]

Was Sitchin right or wrong?   Is Nibiru coming?  Well, you can prove that for yourself right now.

If Nibiru was going to pass by so close to the earth on December 21, 2012 that it would either hit the earth or cause natural disasters by its gravitational force, you would be able to see it now!  And you wouldn’t need a telescope.   Nibiru would be so close that you would practically be able to poke your head outside the door of your house and see Nibiru in the sky with your naked eye, just like you can see the moon.

Could it be hiding behind the sun?  Well, yes, the sun would be big enough to hide a planet.  But if Nibiru was a moving planet on an orbit as it is supposed to be, it would have been seen well before it moved behind the sun.   It would also be moving at its fastest so it wouldn’t be behind the sun for long.  Thousands of people on earth have telescopes that can see further away than the sun so they would have been able to see a sneaky planet travel through our solar system and then hide behind the sun.  No one has reported seeing this happen because, it didn’t happen!  Nibiru can’t be seen because it doesn’t exist.

If scientists can see Pluto on the outer edge of our solar system, they would not have any problems seeing a planet that Sitchin says is five times bigger than Pluto!  Especially if it is going to pass us by in a few days.  Nibiru is nonsense, a myth, false, fake, a hoax and completely untrue.  Don’t believe it.  This means that if Nibiru doesn't exist, then it's not going to be causing catastrophic world wide destruction through a pole shift, earthquake or other natural disasters.

Does all this mean that the earth will never be under threat from anything big out there in space?  No! The following prophecy needs to be taken seriously.  Obviously, it’s not from Nostradamus.  The prophecy says, “Immediately after the tribulation of those days shall the sun be darkened, and the moon shall not give her light, and the stars shall fall from heaven, and the powers of the heavens shall be shaken” (Matthew 24:29)

TELL YOUR FRIENDS.... use the SHARE links top right of this page to share on FB etc..

PLEASE LEAVE A COMMENT BELOW... YOU DON'T NEED TO BE A MEMBER

You also don't need to agree with the blog.  The blog doesn't say everything on these three topics so feel free to add what you know.   Who knows, your comment may be just what someone was looking for